I have always had a strong connection to nature and nurture. As a child I loved to be under the huge old willow and walnut trees at our home, and would commune with hedgehogs in the garden at night. I was a dedicated St John’s Ambulance cadet and between the ages of 10 and 13 spent hundreds of hours working as a nurse aid in elder-care homes at weekends. It was on one of those shifts that I was privileged to hold the hand of a woman as she peacefully passed on and this was a profound teaching for me at a young age.

Over the next decade I was shaped by many powerful encounters on the Earth – exploring and living in remote mountain valleys in New Zealand, meeting humpback whales eye to eye in Alaska, sailing through wild waters of South East Asia, and translating on an ethno-botanical research expedition in the Sumatran rainforest in Indonesia. We were documenting medicinal plants used in the area and I had a chance encounter with a family group of hunter gatherers called Orang Rimba, people who then roamed nomadically through the dense forests. Their ability to exist entirely within their natural environment was very striking to me.

Motherhood inspired me to learn about wellbeing within a natural context – homeopathy, yoga, wholefoods and herbs became part of my everyday life as my wise daughter ushered me forward into my future…

My time in rainforests lead on to years of environmental work and conservation campaigns. In 1990 I ran a national awareness campaign about the alternatives to disposable nappies and sanitary products for Women’s Suffrage Year and as a result of this I launched a small business called Moontime. (No longer my business, still doing great things!)

Through this women-focused enterprise I became aware of how many women had lost touch with the tidal flow of their natural cycles and how many struggled with hormonal imbalance. And so I trained as a Clinical Medical Herbalist at the Canterbury College of Natural Medicine, three years of focused, full-time study, graduating in 2001, determined to help and excited to enter into a partnership with plants. It was my natural calling. I also trained with renowned naturopath and fertility specialist Francesca Naish in her Natural Fertility Management program.

In 2009 I somewhat accidentally embarked on a rich adventure working as production manager on a feature documentary called 2 Degrees. The film examined climate change through a prism of social justice and in a way it symbolised the work I do as a clinician, assisting clients to address the difficult challenges in their bodies, their lives and their environment.

The film project took me on many interesting journeys including to the Ecuadorian Amazon, the UN General Assembly in New York, the remote Equateur province in the Democratic Republic of Congo and the infamous Copenhagen Climate Change Conference.

I have completed a 3 year Compassionate Practitioner Ashtanga yoga training with my teacher Dena Kingsberg and this has become a foundational part of my life, and my work.

I now reside in a remote mountain valley near Nelson, New Zealand and run my health practice from there, online and via house calls throughout the Nelson area. I have always been drawn to nature and love wild places, gardens, mountains and horses. 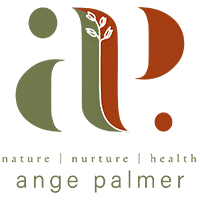